After her architect father dies, a young woman sifts through his unfinished designs, discovering that he spent a decade designing a space to keep her safe from surveillance, war, and high-tech weapons. Overcome with grief, she falls into the fantastical worlds and imaginary spaces her father created. This story explores the struggle between human life and war machines and the challenge of living in the present while surrounded by the memories of those we’ve lost.

Supported by the Canada Council for the Arts, the Ontario Arts Council, Toronto Art Council and BMO Financial. 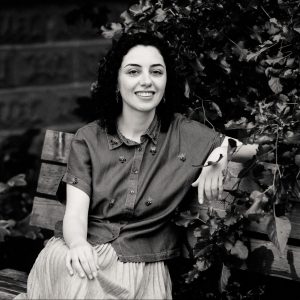 Rimah Jabr is a theatre director, playwright, screenwriter, and Ph.D. student at Theatre and Performance Studies at York University. She received her MA as a theatre maker from the Erasmus Hogeschool in Brussels (RITCS) in 2014. She wrote and directed several plays, all produced in Belgium, Canada and Palestine. Rimah is an artist in residency at The Theatre Centre in Toronto to create Broken Shapes, a collaboration with visual artist Dareen Abbas. 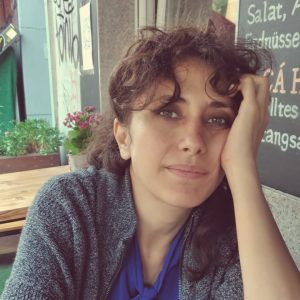 Dareen Abbas (°1989) is a Syrian visual artist that lives and works in Brussels. She studied graphics at Damascus University of Fine Arts and in 2015 she received a Master’s degree in arts from ERG School of graphic research in Brussels, where she focused on system Theory in relation to memory and cinema. since then, Abbas has participated in various exhibitions and residencies such as Taipei Biennale 2016, as well as WIELS Art Centre among others.

Femke Stallaert (°1989) is an actor and theatermaker from Belgium (Brussels). She finished her acting studies in 2013 at the RITCS Brussels. After school, she founded a theatre collective called K.A.K., that specialized in extraordinary happenings in abandoned buildings. She plays and creates theatre for youth and adults alike with theatre companies like DE MAAN, BRONKS, Monty and Arsenaal/Lazarus. She played at several festivals in different countries: TAZ (Belgium), Under Construction (Palestine), ITS festival and Cement (Netherlands). Since 2020, she’s been part of the artistic direction of DE MAAN, a youth theatre with a history in puppetry that now specializes in visual theatre. She gives theatre workshops and writes songs based on the newspaper. 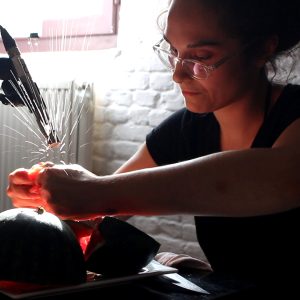 aRzu saglam is working in the mediums of sound art and sound design. She creates audio-visual projects and works in recording, composition and sound design. 2013 she graduated in Animation 2&3d from HSLU, Lucerne University of applied sciences and arts and spent one year of her studies at MOME, Moholy-Nagy University of Art and Design, Budapest. 2018 she graduated from EPAS (European Postgraduate in Art of Sound) at KASK Conservatorium. Her sound works were shown in STUK, Leuven, and Festivals such as November Music in Den Bosch, Wilde Westen in Kortrijk and la Semaine du son in Brussels. She has been an artist resident in organizations such as Fijúk Art Center in Húsavík, Overtoon in Brussels, QO2 in Brussels, Kallio Kunsthalle in Helsinki and Musica in Neerpelt. 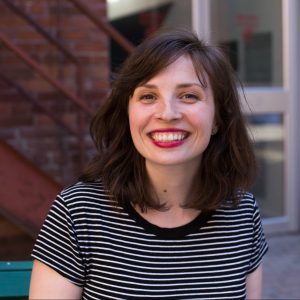 Rachel Penny is a performing arts producer who has worked with artists (Ian Kamau, Nikki Shaffeeullah, Neema Bickersteth, Kim Senklip Harvey) and organizations (Volcano, Peggy Baker Dance Projects, adelheid dance projects, The AMY Project, and The Theatre Centre) to create ambitious and innovative work in many forms across Tkaronto. Rachel is proud to be a part of the Broken Shapes team. 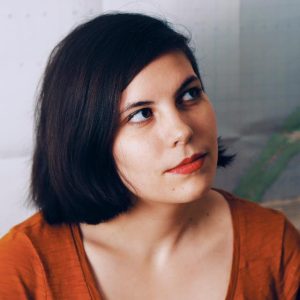 Dylan Tate-Howarth is a theatre artist and writer based in Toronto. She works as a stage manager primarily for new and/or devised theatre. Selected stage management credits include Two Birds One Stone (Two Birds Theatre); Italian Mime Suicide, and Flashing Lights (Bad New Days); Our Fathers, Sons, Lovers and Little Brothers (b current); and White Girls in Moccasins (manidoons collective and Buddies in Bad Times). Dylan is a co-creator of Probably Theatre Collective and co-curator of Probably Poetry.

André du Toit is a lighting designer for live performances based in Toronto, although his designs have been seen across Canada and beyond. He has received four Dora Mavor Moore Awards for Outstanding Lighting Design, a Toronto Theatre Critics Award and a My Theatre Award for best design. His recent designs include Prince Hamlet, What You Won’t Do For Love (Why Not Theatre); Italian Mime Suicide, Paolozzapedia, The Double (Bad New Days); R+J (Stratford Festival of Canada) The Queen in Me (Canadian Opera Company/Nightwood Theatre/Theatre Gargantua); The Cave, Le Grand Continental (Luminato); Getting Married, The Orchard (Shaw Festival); Now You See Her, Mouthpiece (Quote Unquote Collective); Jerusalem (Outside the March/Company Theatre); Animal Farm, A Delicate Balance, Vimy, The 39 Steps, (Soulpepper); This Was the World, Guarded Girls, Harlem Duet (Tarragon Theatre); Oraltorio (Obsidian/Soulpepper); Love and Information (Canadian Stage); The Assholes, As I Lay Dying (Theatre Smith-Gilmour); and on air (adelheid). 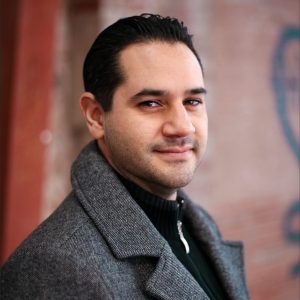 Carlos Varela began his career in his native Mexico, where he worked for 8 years with the Thomas Jefferson Musical Theatre Company, touring internationally with many productions. He has also worked with OCESA throughout Latin America, production managing tours of major Broadway productions such as Mary Poppins, The Lion King, and Mexican hit Mentiras, El Musical. Since moving to Toronto in 2015, he has focused on work with Summerworks, Rutas Panamericanas, Caminos, Progress, The Fringe Festival, Riser and Luminato. His credits include 21 Black Futures, Dixon Road (Dora award nominee) Take The Moment: Cynthia Dale, and Anthropic Traces. 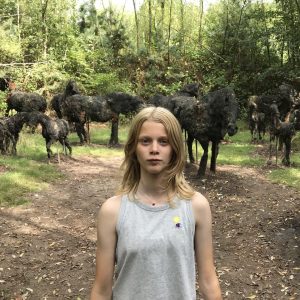 Robin Devos is a 13-year-old girl from Brussels, Belgium. For the last 3 years, she has been taking theatre classes on Wednesday afternoons at the Brussels youth theatre, Bronks. Last year she was part of the cast of Zombie, a Bronks production, directed by Femke Stallaert and Cédric Coomans. This experience confirmed her desire to keep exploring the performing arts. Her favourite colour is yellow.

This performance is 70 minutes 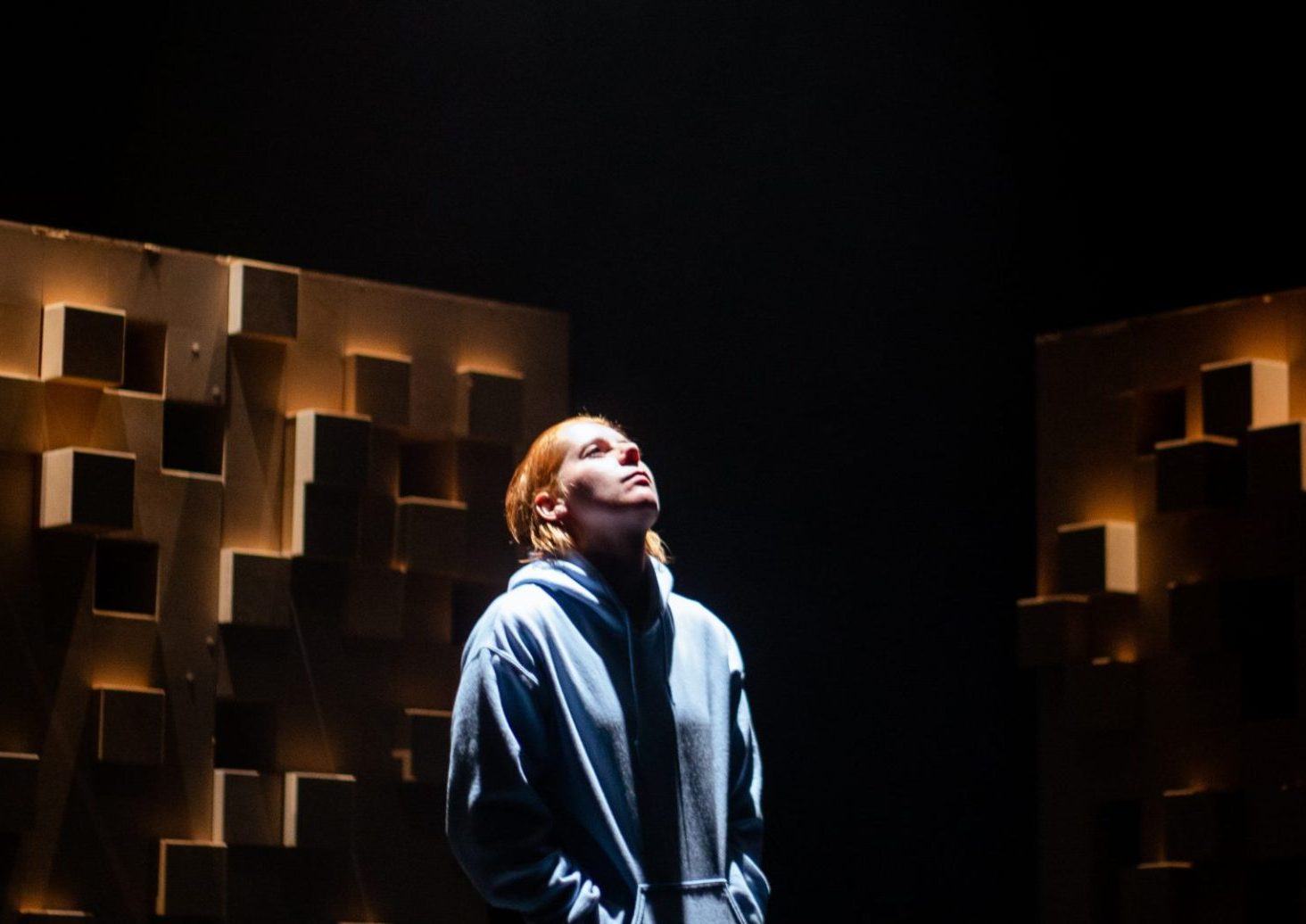 In conversation with Rimah Jabr and Dareen Abbas

Developed in Residency at The Theatre Centre, Broken Shapes is a collaborative hybrid performance constructed of visual installations, videos, and performance. We connected with co-creators Rimah Jabr and Dareen Abbas during rehearsal to talk about notions of space, blurred lines between grief and healing, and the process of bringing Broken Shapes to fruition. 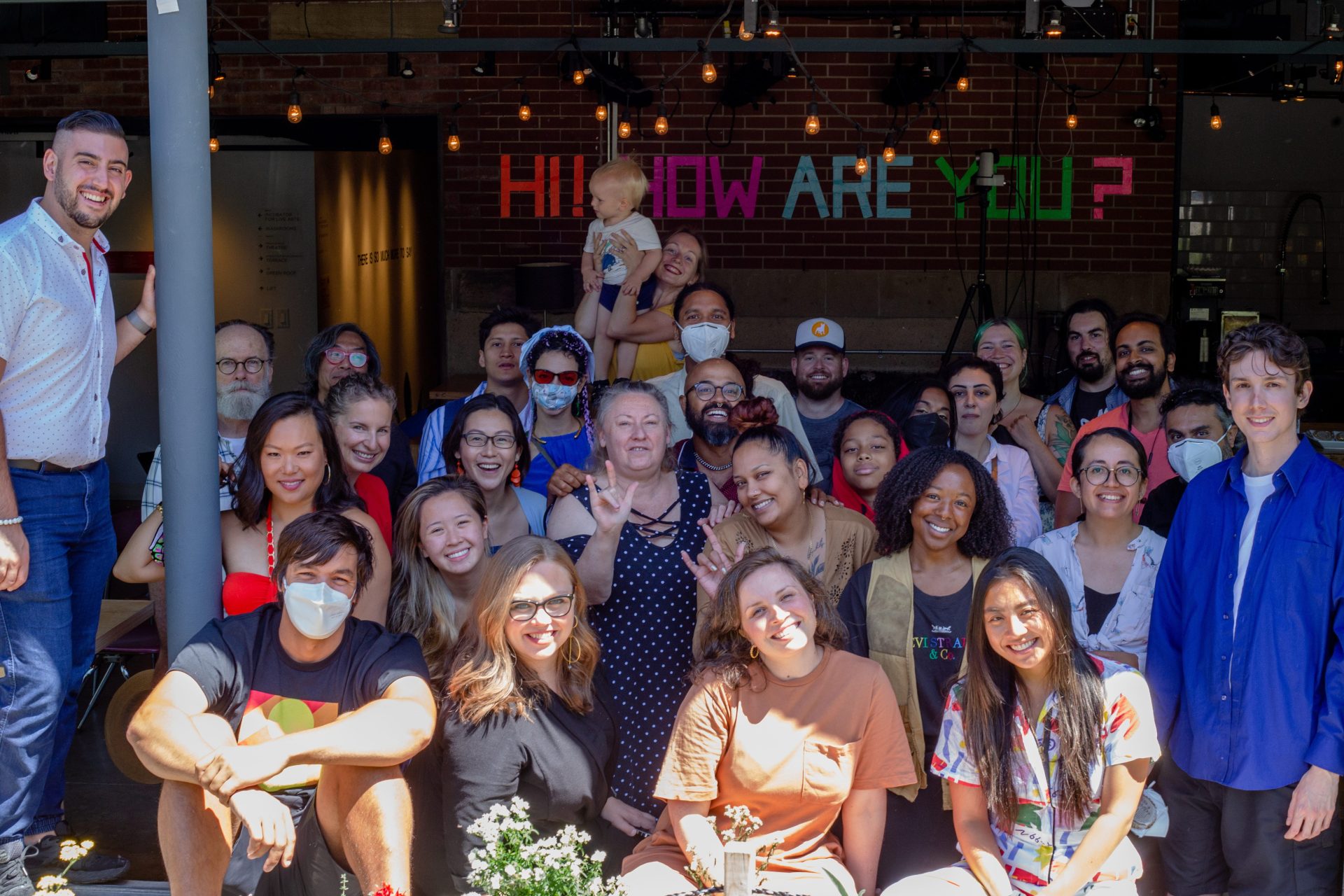 Recognizing the OTF's integral contribution to helping us stay afloat during our 2021/22 programming year through the Community Building Fund.

Thank you to the Slaight Family Foundation for an incredible gift!

The Theatre Centre is grateful to be a part of The Slaight Initiative, a $15 million gift to 22 Canadian theatre companies to help the performing arts industry recover from pandemic-related closures.