We’re finally into the thick of summer and you have better things to do than stare at a screen, so let’s keep this short and sweet.

Even though the building is still closed to the public, we’re fortunate to be able to allow artists to work in the space. This month in the Incubator, Victoria Mata has been working on solo choreography for Cacao: A Venezuelan Lament, and PJ Prudat and Jonathan Seinen are further developing À la façon du pays. Upstairs in the Franco Boni, Lorena Torres Loaiza is building a life-sized maze for Pandora in the Box.

Watch this space — we can’t wait to show you what they’ve been up to.

Liza and Colin Doyle also have a segment called FriendShit featured in the launch of programsound.fm, a new radio theatre initiative dreamed up by Bahia Watson and developed with the support of Outside the March with project manager Lucy Coren. Tune into the inaugural broadcast on July 25. 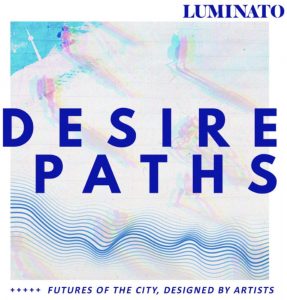 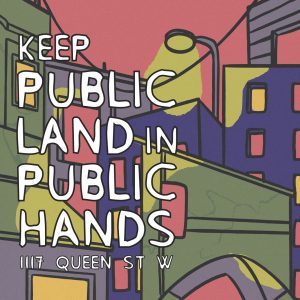 The post office in the heritage building next door at 1117 Queen St W closed in Fall 2020, and Canada Post recently put the building up for sale without notice or meaningful consultation.

The building belongs to the community, and its sale must be paused until the community is heard. Sign the petition below to let Julie Dzerowicz, Ana Bailão, and Marit Stiles know that we want to keep public land public and share this on social media to spread the word!

After a year-long occupation by Six Nations land defenders at 1492 Land Back Lane, CBC reported the cancellation of Foxgate Developments’ housing project in Caledonia, Ont.

Here’s what 1492LBL spokesperson Skyler Williams said about this victory: “I think this is a big statement to Indigenous communities and to all of Turtle Island … these wins are attainable. I think we have an opportunity to be able to say to the feds and the province that if our community says no to these developments, whether that’s massive housing developments or resource destruction — if we say no to that and we stand behind it, these wins are possible… This is something that my parents fought before me and their parents before them.”

As Protect the Tract explains, the project slated to be built on unceded Haudenosaunee territory isn’t unique. As housing developments sprawl with little to no objection (and in many cases, encouragement) from the government, Indigenous people will continue to defend their right to self-determination in their traditional territories.

Sign E-Petition 3466 put forth by MP Matthew Green before July 31, 2021, to let the federal government know we demand they: (1) uphold the established Treaty relationship with the Haudenosaunee of the Grand River Territory (2) honour the Haldimand Tract Moratorium put in place by the HCCC, and (3) end the practice of paying out developers who do not honour the moratorium.